# How To Install Localstack Manually

Today we're going to install Localstack on your local machine. For people who haven't used Localstack, Localstack helps you develop your services locally. It mocks commonly used AWS services like S3, DynamoDB, Lambda, SNS, SQS, and more. This way you can develop your service against a mock local version of AWS instead of needing a real AWS account. Needless to say, it's faster to communicate with your local laptop than AWS over the Internet. Let's get it installed so we can work with it.

Official documentation recommends installing it using Docker. Let's do it this way. You'll need Docker and Python already installed on your machine. Let's make sure we have it.

We'll need to open a terminal, run which docker and which pip to make sure we have the commands available. Now that we have it, let's install Localstack by running pip install --user localstack.

Now that we have it installed, let's verify. First of all, let's see if we have a localstack executable available. We'll run which localstack which prints out the path to your localstack executable. Now running localstack start will help us to start it up. If you don't have Docker images pulled, it'll do it for you. It takes some time at first, it'll be faster after the first pull.

Now let's see if the services are running. Go to the LocalStack section of Commandeer App. Click the Scan button and see what's available. 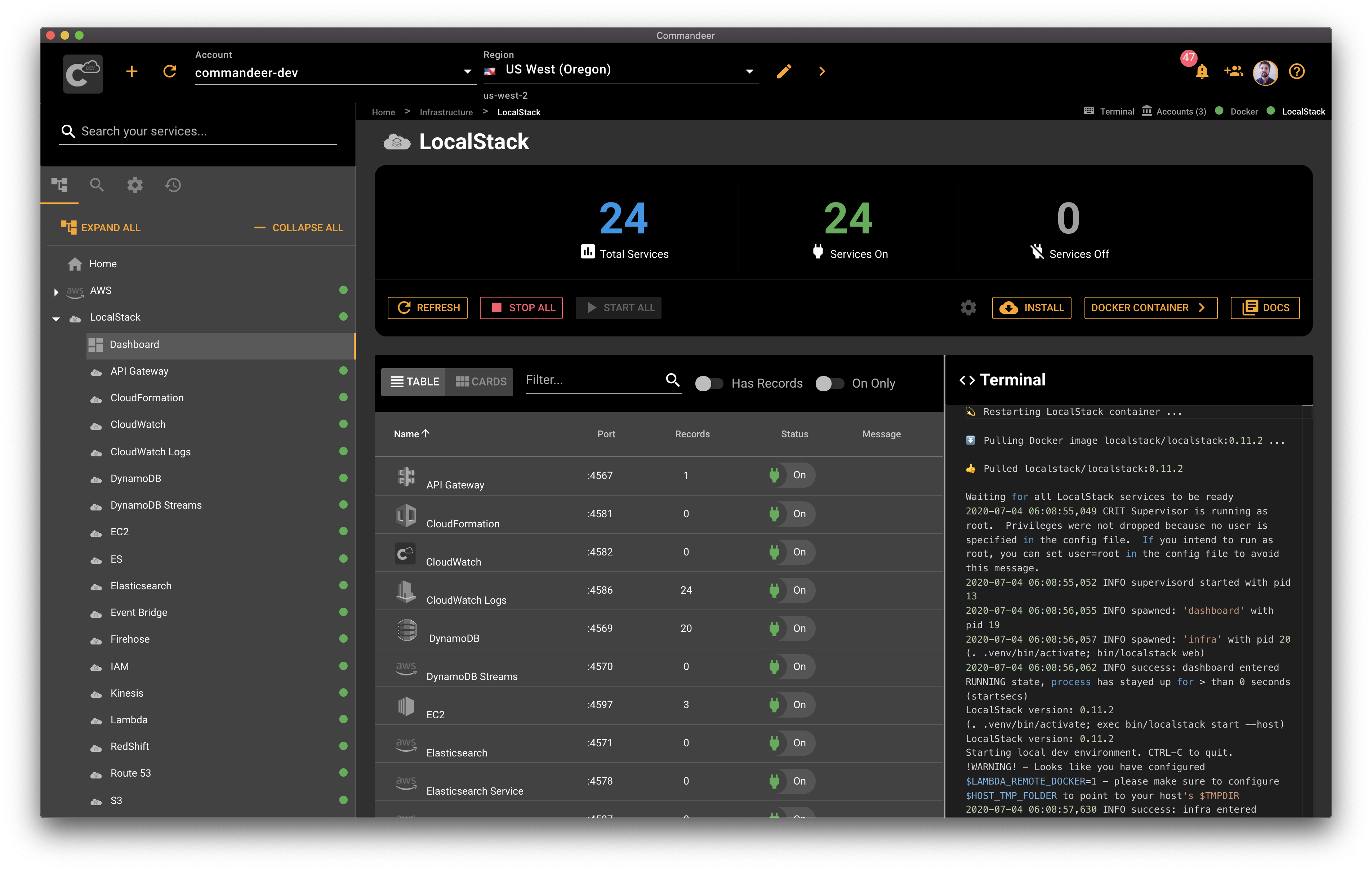 A user scanning their LocalStack environment to see what is running.

Having a CLI to start and stop LocalStack is great. That being said, starting and stopping it from the UI is even better. Let's turn it off and make sure it's stopped. We go back to the terminal, hit CTRL-C to cancel. Then we go back to Commandeer to run the scan again. Commandeer tells us Localstack is no longer running.

Now hit the start button and see how Commandeer starts LocalStack on its own without you having to go to the terminal.

The world is moving fast and there is no time to waste. We all have a lot of things to build. In order to build things efficiently, we need to use the best tools. In addition to it, we need to continuously learn new techniques allowing us to get more things done faster.