Top Ways to test a Lambda

# Top Ways to test a Lambda

Lambda's are the code glue in an event-driven serverless system. But, testing them is not as straight forward as other types of programming. In this article, I will layout five different ways to test them. All tests will be using the sample code that can be found here.

Unit tests are a critical piece of any system. Without proper unit tests, your system will become more frail over time. This is especially true as you start to ramp up a team and bring on more developers. Unit tests gives you peace of mind that your code is working as intended. You can find out more about lambda-tester on their npm page. And mocha unit testing on their site.

Once you run this, you can see the output from the code below. Not only is this a great way to quickly test, as you can add in console.log statements, or step through the code in your IDE, but these tests can also be run on Circle.ci or some other CI/CD system. 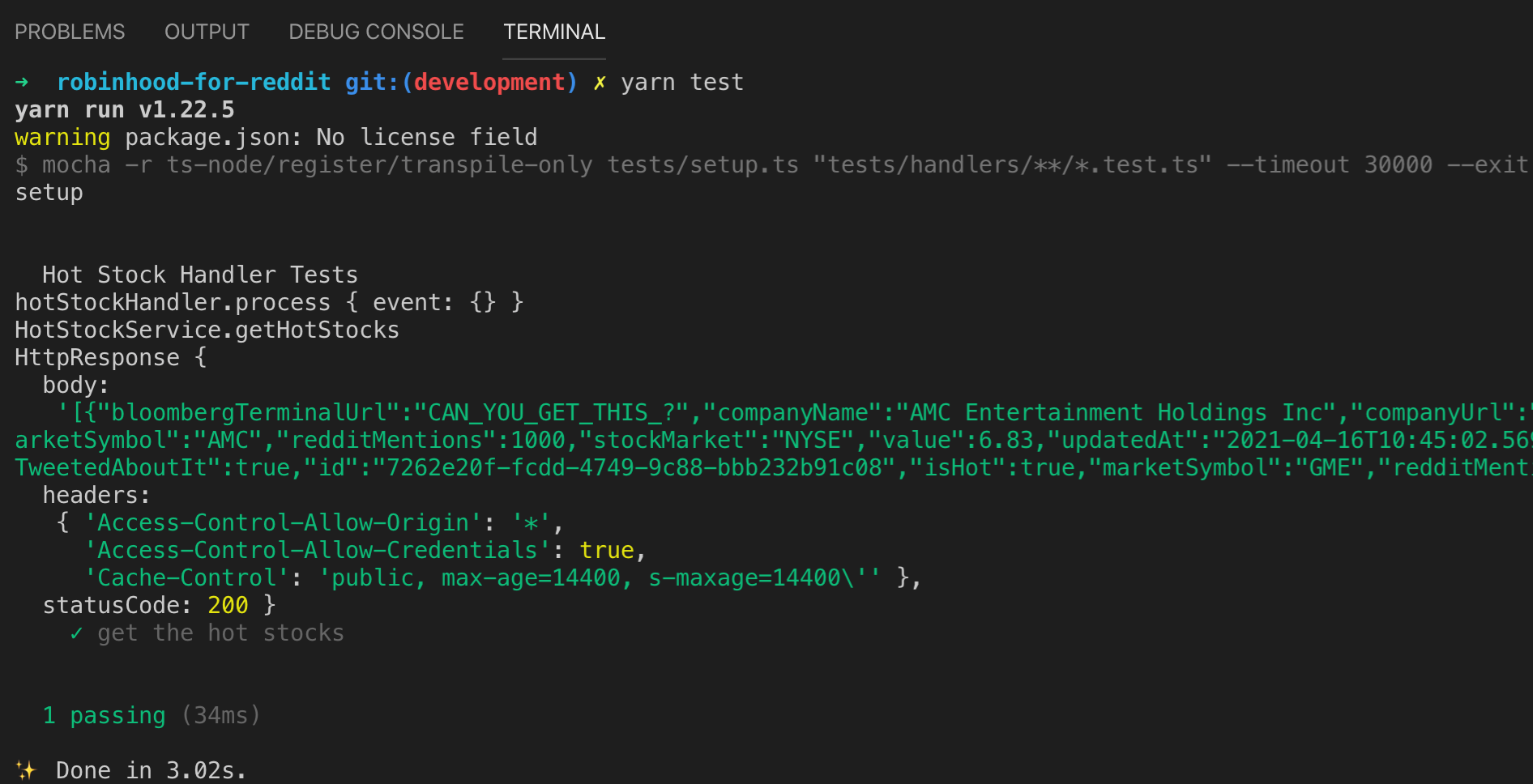 # Testing with Postman and viewing the CloudWatch Logs in AWS Console, Dashbird.io, or Commandeer

Postman is a great tool for testing API's for a number of reasons. First of all, it has an amazing UI that enables you to quickly and easily create tests to call an endpoint, and save the header and body. It also has multiple environments, so you can hit local, dev, or prod easily. Lastly, the collections that you create can be downloaded as json files, and then using their newman npm, you can run these locally or on CI/CD.

The downside is that you will only see the returned status, body, and header for the calls. But for frontend devs, this is usually enough. Below you can see a sample call to the great-deals endpoint we have setup in this repo. 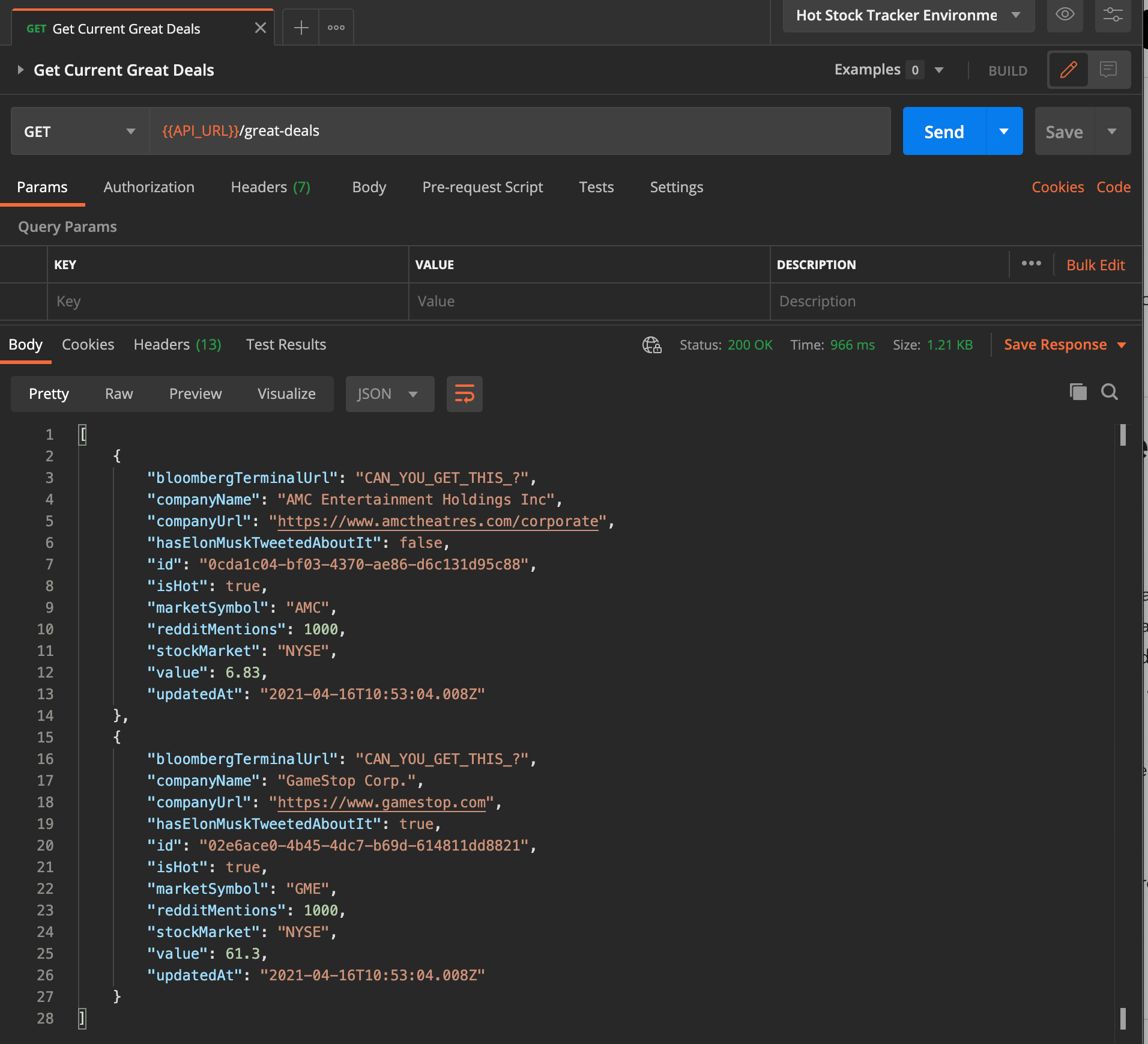 We can see that there is a 200 OK status as well as the two items in the array passed back.

But, if you need to see the logs, we will have to use another tool.

First, we can see them in CloudWatch Logs directly on AWS console. The downside of this, is that the UI is rather clunky, as you have to know the Log Group, and then you have to open the correct 15 minute stream. But, when you do, you will see the logs like this.

Viewing it in Dashbird.io is much easier. As they group it logically by invocation for a given Lambda. I highly recommend setting up Dashbird.io on your production environment as well, because the alerting and observability is the best. They also have the ability to manage your alarms and sift through errors easily. Think of it as a NewRelic, or SumoLogic, or DataDog but built from the ground up specifically for Lambda's and serverless systems. 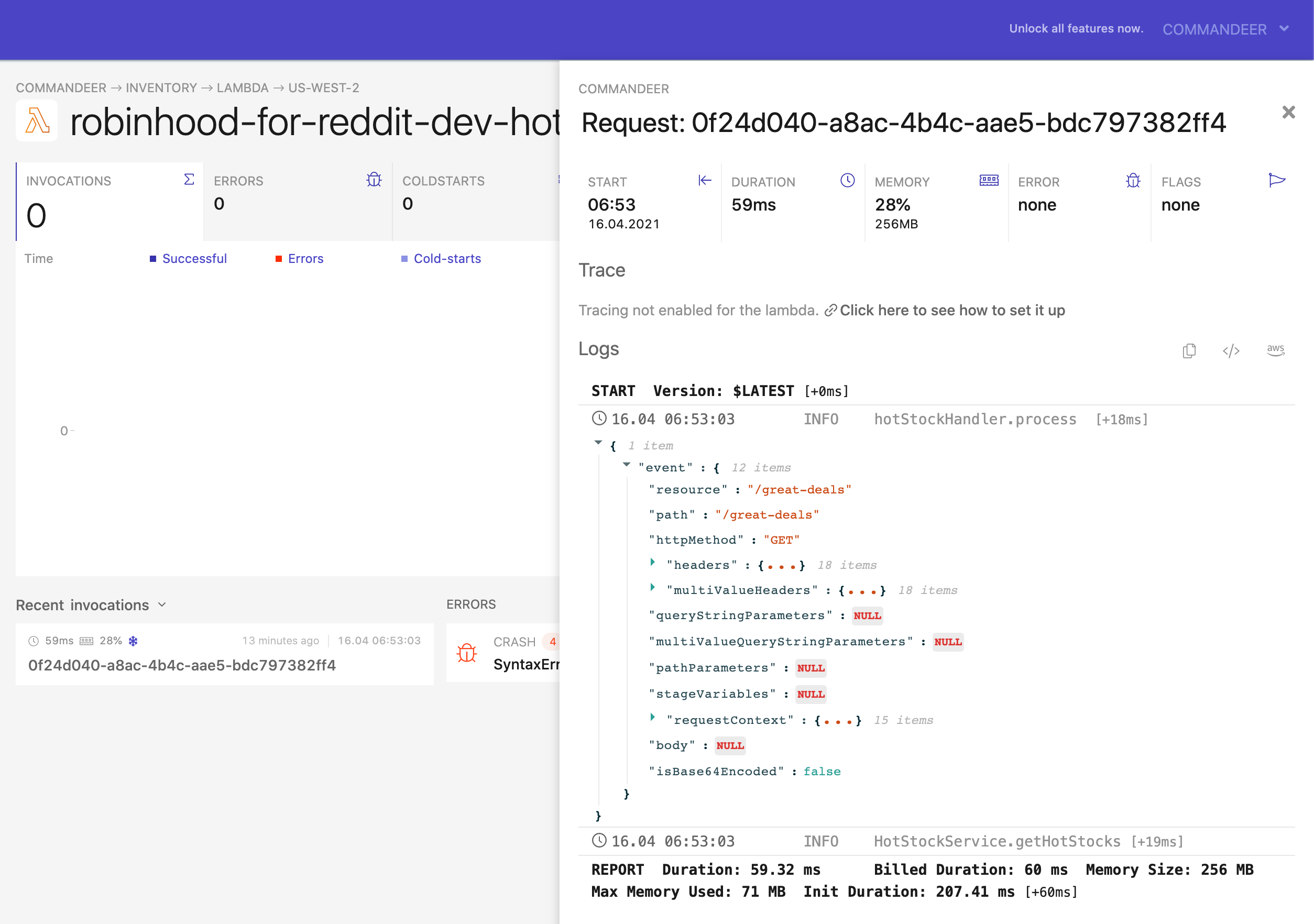 A third alternative is to view the logs for the invoked Lambda in Commandeer. The advantage of this is that it is an app running natively on your computer. In the next section we will dive into it a bit more, but below you can see the logs. 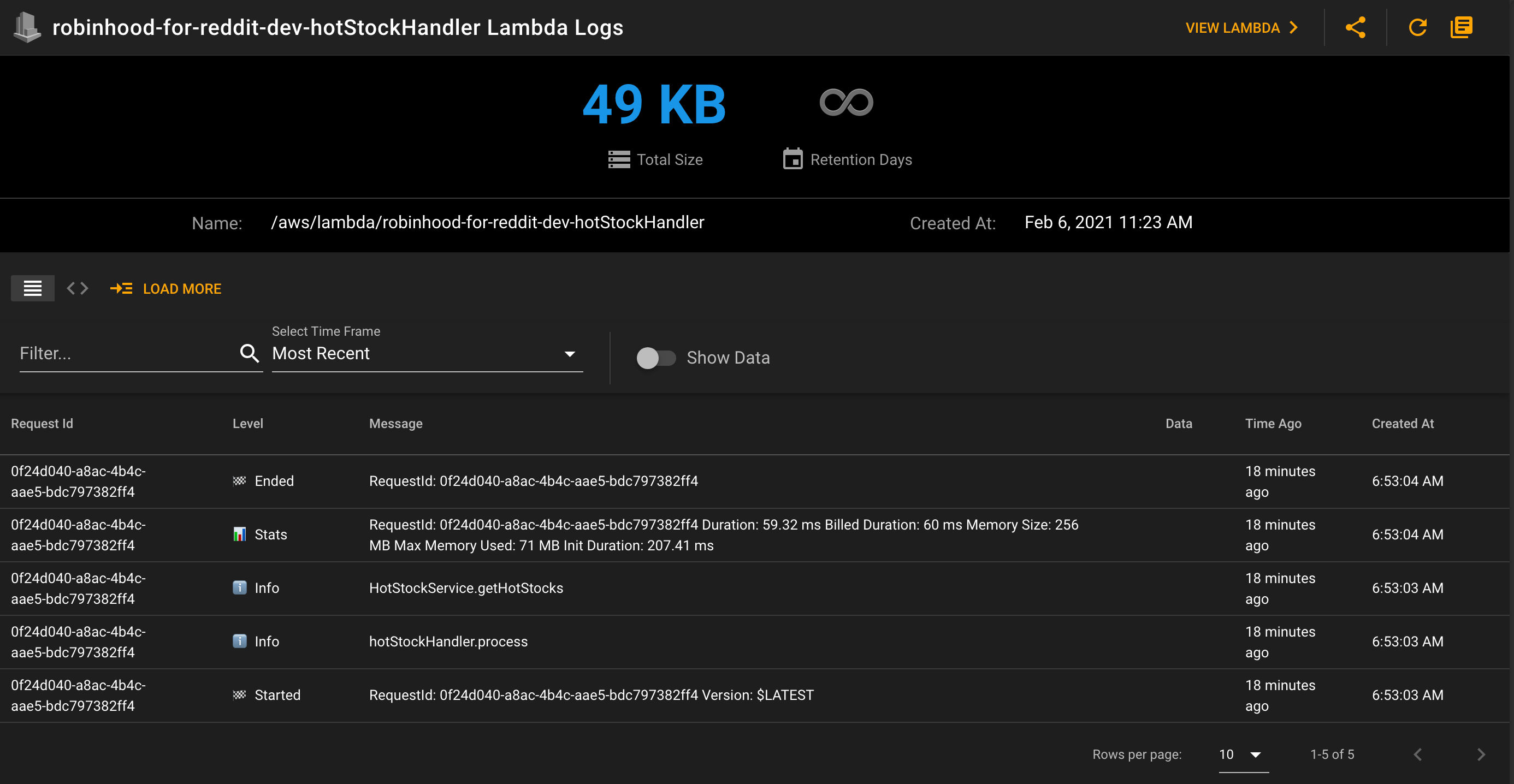 Commandeer has a suite of tools to test out a Lambda. It has testers for testing S3 to Lambda, DynamoDB Streams to Lambda, SNS to Lambda, SQS to Lambda, and API Gateway to Lambda. While we are developing systems, we use Commandeer to do much of the heavy lifting in being able to view the system and quickly test out our Lambdas.

Below you can see running the API Gateway tester. 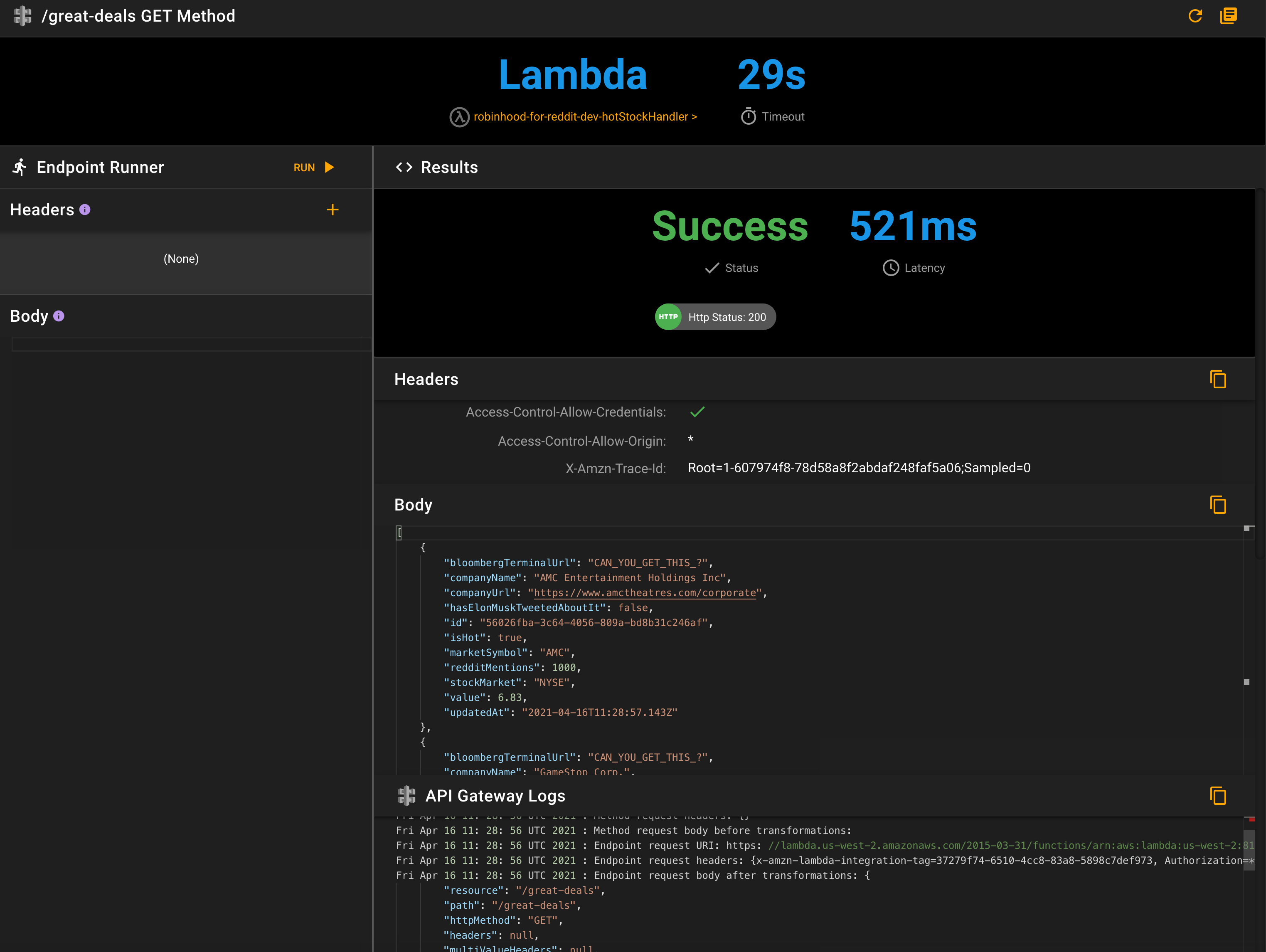 The really nice part about this is that you not only get the status, header, and body back. But you also get the API Gateway Logs AND the Lambda's CloudWatch Logs information all back in one place. Also, if you are connected to LocalStack in Commandeer, then you will see any logs that are spit out from the Docker container running LocalStack here. So this solution really lets you see everything. The only downside is this is not actually calling your cname'd endpoint, does not run through your authorizer.

To test the Lambda directly.you can just go to the invoke lambda menu item in the side nav. Another advantage of using Commandeer, is that your entire system is connected to each other in the side navigation. So here you can see the information about your lambda. 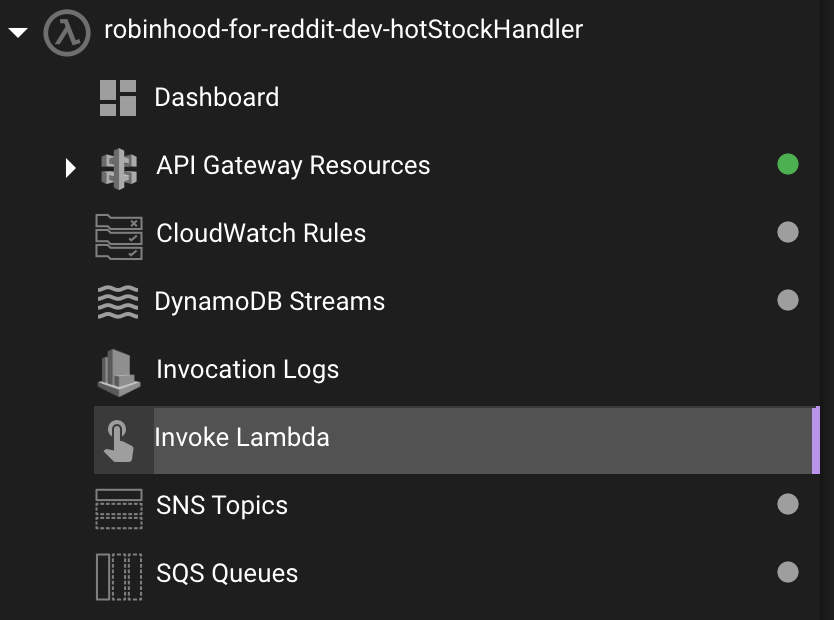 When you ito the the Invoke Lambda you can just press the run button. You will see that you get back the payload and body, but also can view the logs right there. 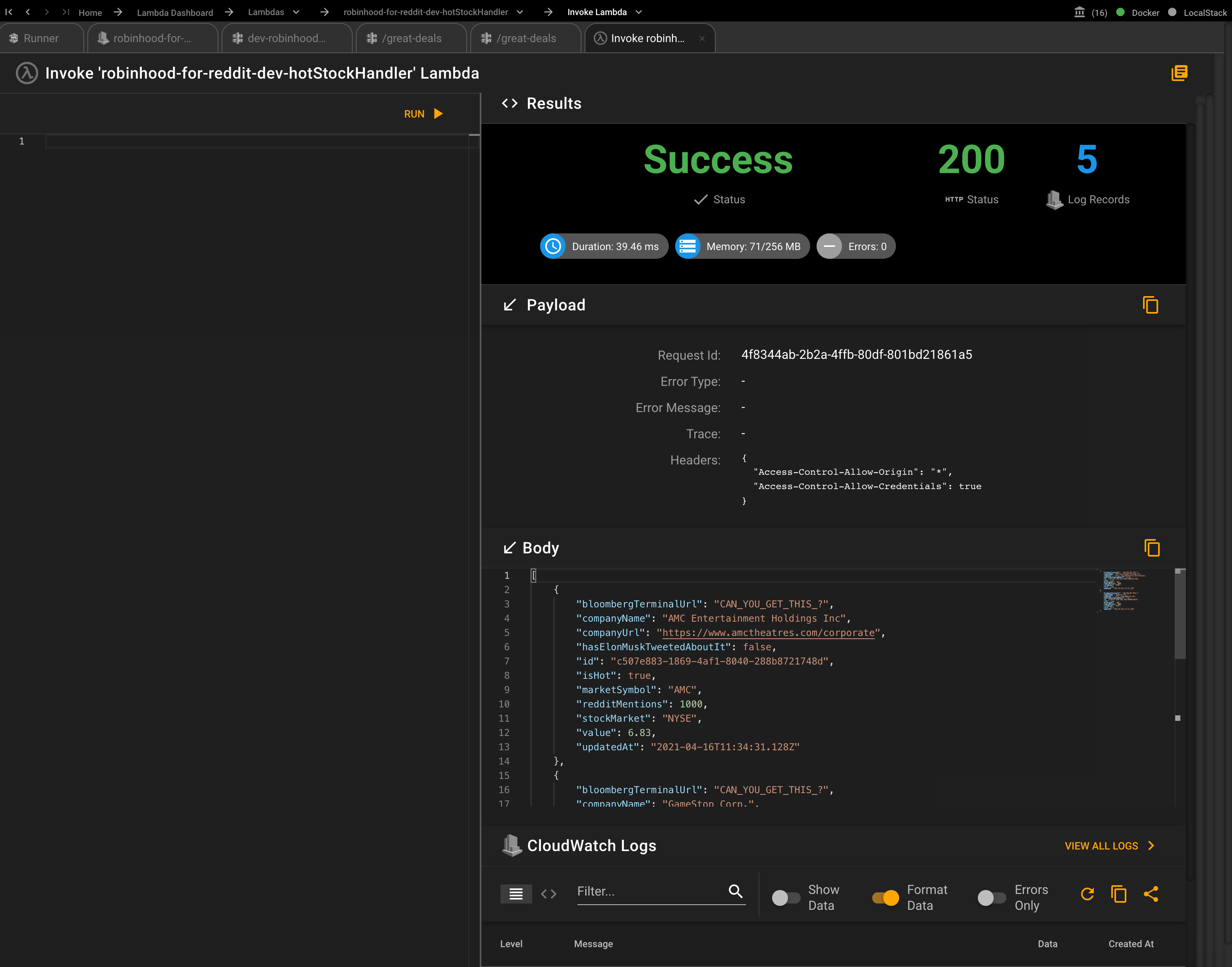 # Testing in the AWS Console 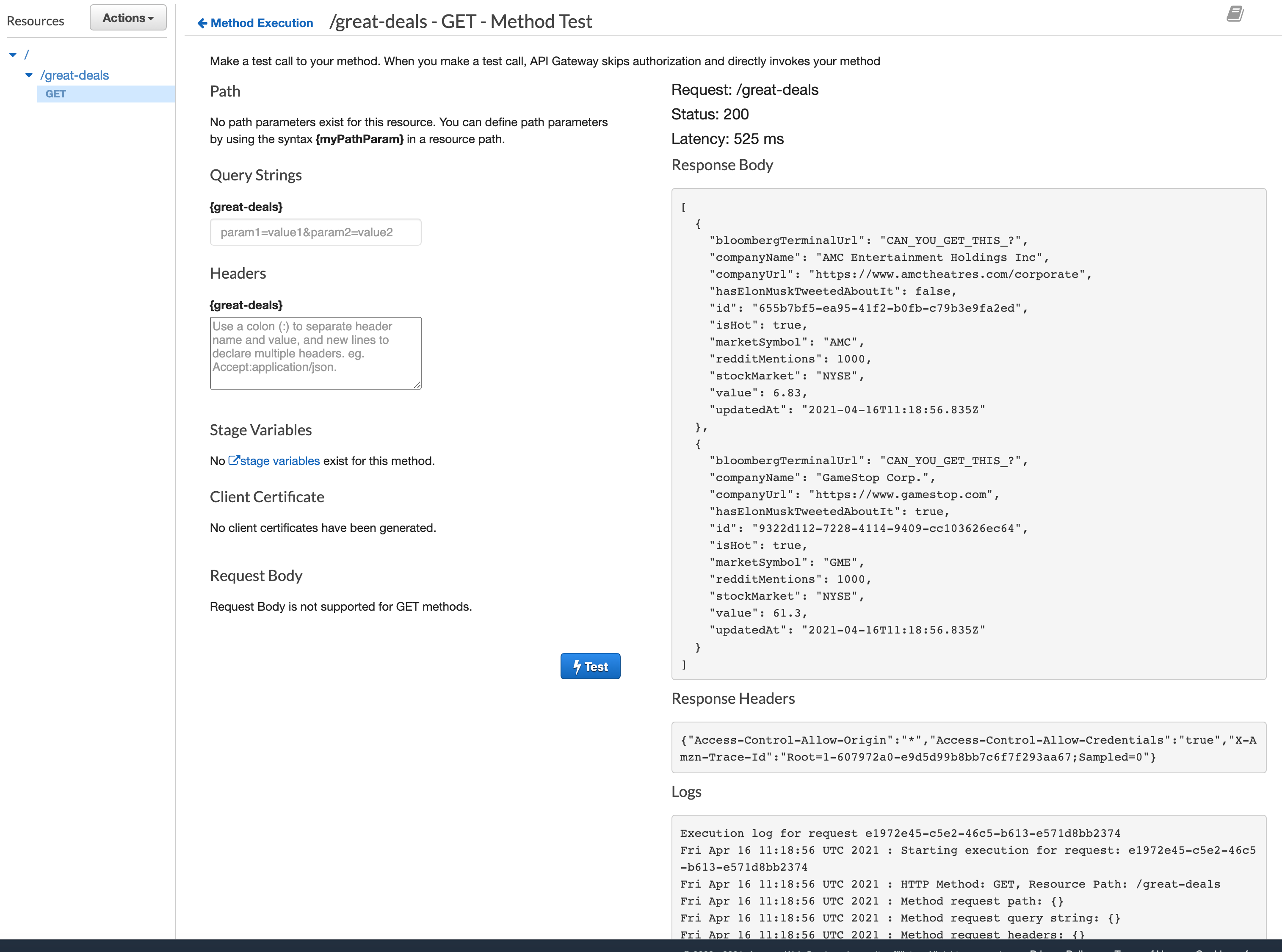 The logs that it shows are actually just the API Gateway Logs. You still need to go to the CloudWatch Logs page to view the lambda logs for the invocation.

The second way to test the lambda is directly. 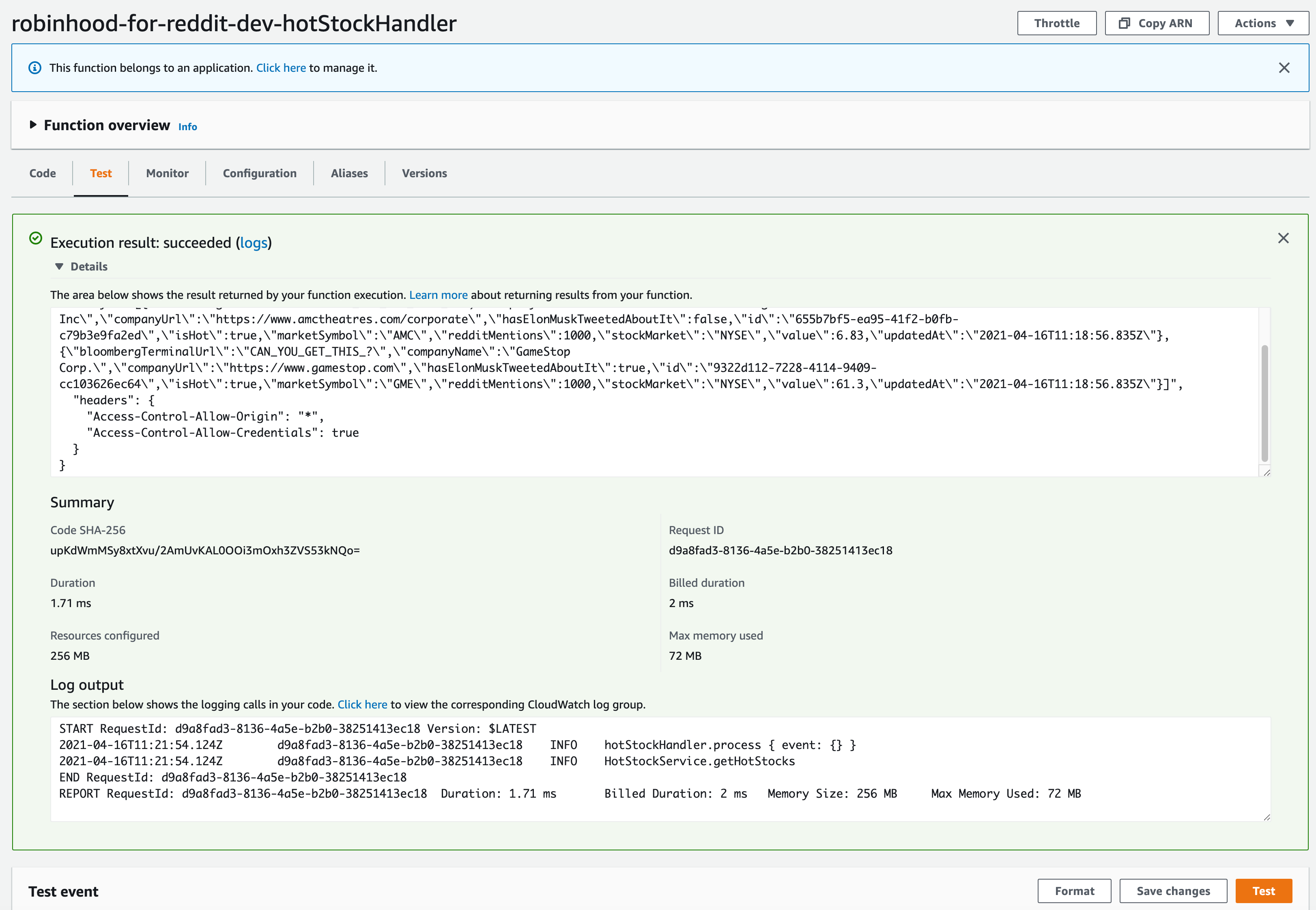 This is pretty nice because you can see the CloudWatch Logs at the bottom. You are not running it directly through the API Gateway, so you lose a bit of testing. But this is a great way to quickly test the Lambda.

To recap, we believe testing is a vital part of software development, and that having tests that work and cover most use cases helps developers sleep at night. We feel that the following is how we are able to get great code coverage and observability on our systems.