Commandeer allows you to run your Ansible playbooks. Under the hood, we are using an Ansible Docker Image which has several advantages. One is that you don't need to install Ansible on your target computer. Running Ansible always happens in a fresh virtual environment with consistent settings. This way your Ansible run is consistent and robust.

Ansible is a radically simple IT automation platform that makes your applications and systems easier to deploy. Avoid writing scripts or custom code to deploy and update your applications — automate in a language that approaches plain English, using SSH, with no agents to install on remote systems.

The previous environment variables are generated automatically depending on the account you have chosen in Commandeer. For example, if you choose local, the localhost URLs pointing to LocalStack services will be passed in. On the other hand, if you choose a real AWS account, your keys and the currently selected region will be passed in, so Ansible runs against AWS. 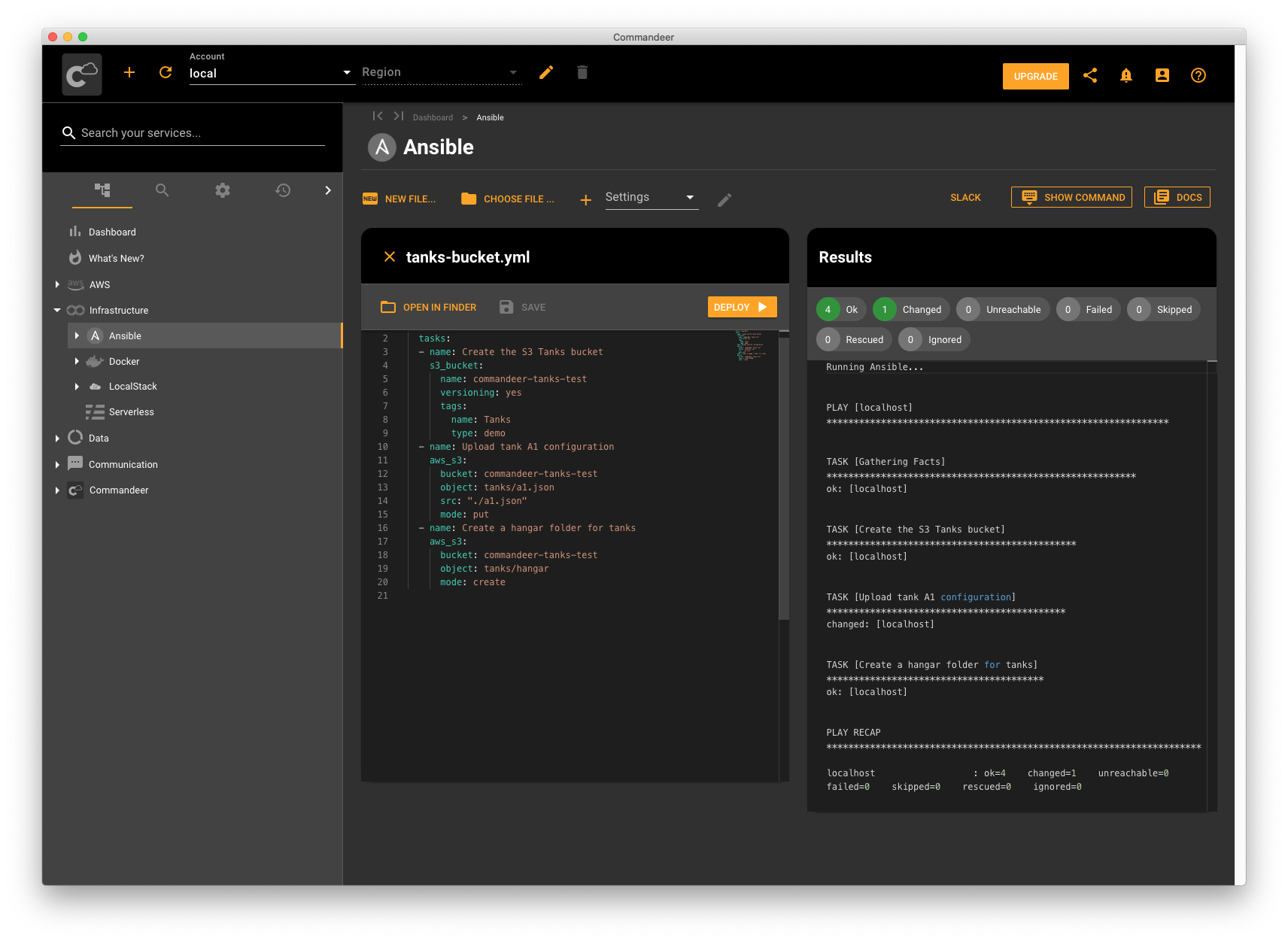 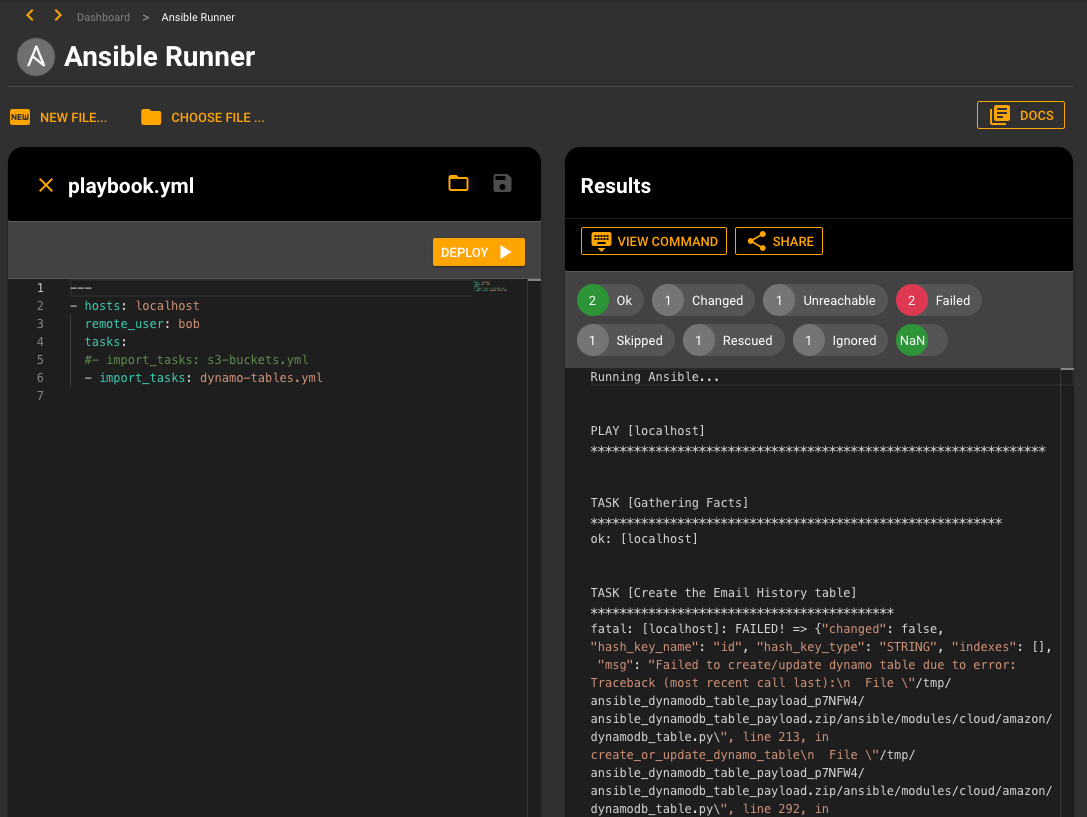 An Ansible Run with 1 ok, and 2 errors