Bash is a portable Unix shell and command language that is widely used and Commandeer provides a user interface that makes even the most complex code easier to manage. Commandeer assists you in creating and editing your Bash scripts and also facilitates running them on the LocalStack environment.

Bash is a Unix shell and a command language that is widely used in a number of Unix systems. Needless to say, there is some bash running almost everywhere. The beauty of Bash that's it's portable. It allows you to write some simple shell scripts really fast. That being said, writing more complex Bash scripts is tricky due to the nature of the language. Despite the fact that the Bash community is quite sophisticated including even writing some automated tests for Bash using the framework called Bats, Bash wouldn't be the best choice for writing your heavy-duty application logic. On the bright side, Bash is perfect for gluing some commands together to execute them in a sequence. So let's get some Bashing going!

Commandeer provides a graphical interface for writing and running your Bash scripts. Here are the key features: 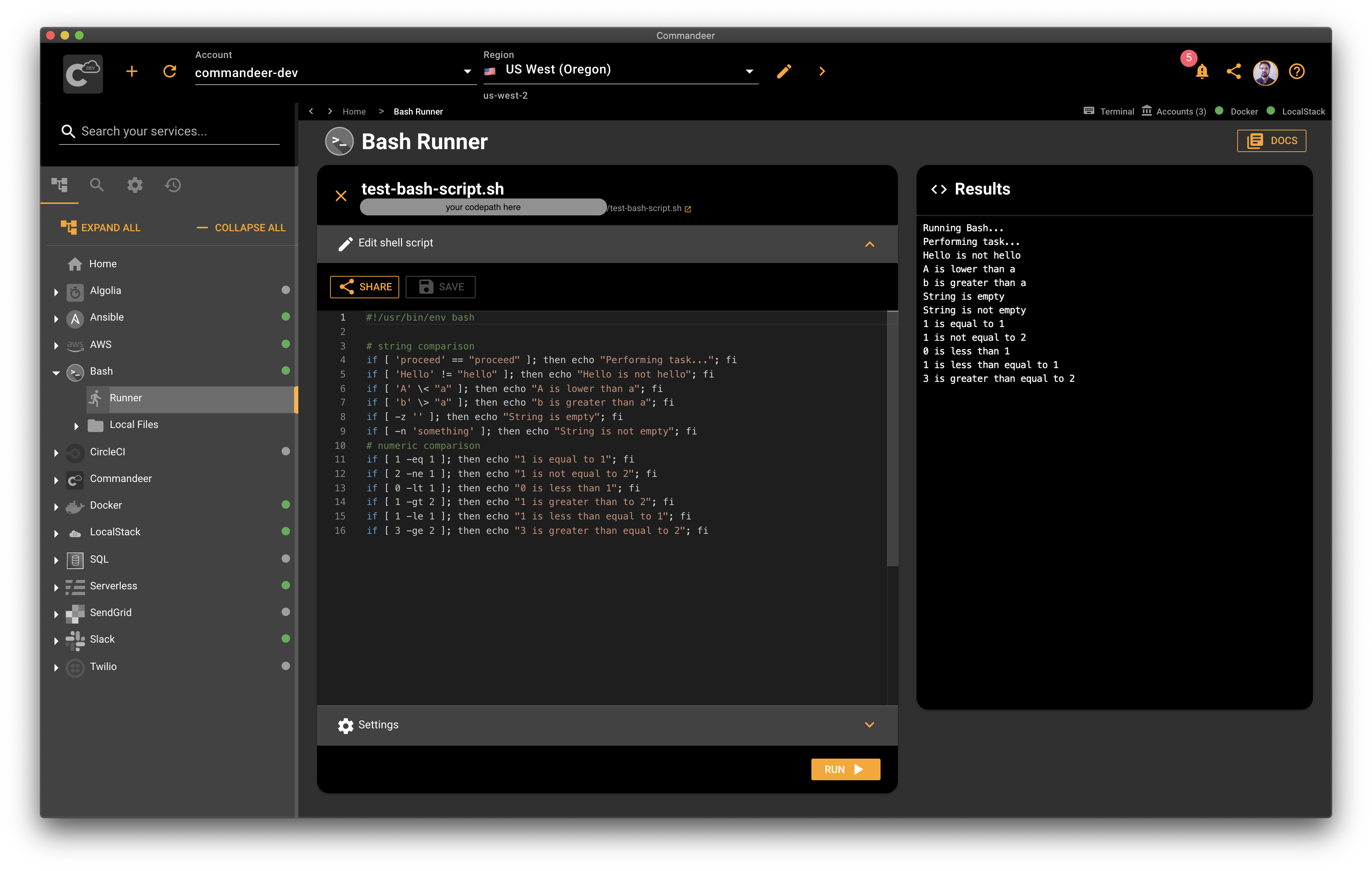